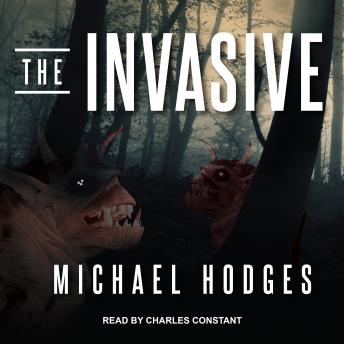 Bishop is trapped deep inside Montana's Apex Valley along with his injured wife, a shotgun-wielding stranger named Colbrick, and a sneaking suspicion he's never making it back to Chicago. Things no man has seen before haunt the woods. Strange animal species creep behind pine trees, some of them with flashing red tags that blink faster and faster. Giant birds mimic the sound of humans and lord over the sky. Leaf-shaped creatures attack anything that moves and flash vivid colors across their glistening backs.

As Bishop and his companions scramble across the Montana wilderness, they find human remains and animal carcasses littering the woods. The small town of Elmore is empty, the windows broken and streaked with blood. Trout Bridge-their only way out-is blocked by abandoned cars, none that were inbound.

With the strange animal species closing in, Bishop realizes his group must take a stand. He's got a plan, and maybe they've got one last shot before the invasive species spread to the rest of the U.S.