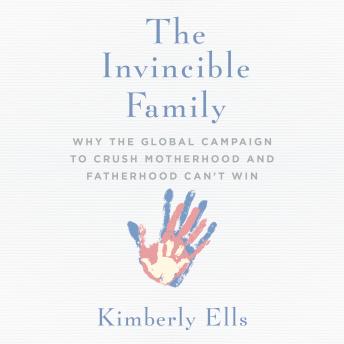 The Invincible Family: Why the Global Campaign to Crush Motherhood and Fatherhood Can't Win

Socialists and feminists have long targeted the family as an enemy, even the enemy. For socialists, the family is an obstacle to the full power of the progressive state. For feminists, the family denies female independence and equality. Today, however, the battle has grown even fiercer, as socialists and feminists have found a global ally in the United Nations, which is using its extraordinary power to undercut the authority and the sanctity of the family around the world—even in the United States. International policy advisor Kimberly Ells exposes this unholy alliance between globalist liberals, feminists, and socialists and unveils the shocking harm being done, right now, to women and children in America and around the world.