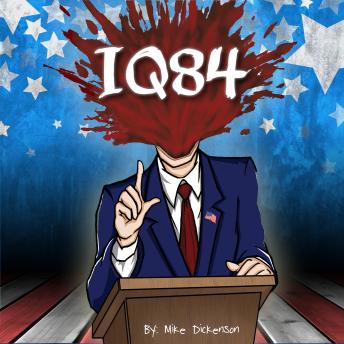 Apocalypse got you down? Whatever you do, don't think about it!"Hilarious would be an understatement to describe this book and I found myself lost for words." - Divine Zape for Readers' FavoriteAn unknown terrorist has released a biological weapon onto the American public. Anyone with an IQ over 84 is in danger - people's heads are exploding - the country is on lockdown. Everything is about to change forever.Luckily, some people are still alive. Like the President of the United States. And Congress. And millions of idiots determined to figure out why their heads aren't blowing up.Which brings us to David Dingle. He's the not-too-bright guy whom this whole story revolves around. A lot of people revolve around David Dingle. Some of them include a Las Vegas cocktail waitress, an ineffective jihadist, a Grand Dragon of the KKK, a creationist and his very extended family, a pill-popping doctor, a drop-dead sexy clepto-nympho-suicidal-maniac, and a rogue Illuminati mastermind to name just a few.Now David Dingle doesn't know much about these people, but frankly, he doesn't know much about much. He's just a simple American with a government job and a fantastic phone who one day finds himself at the epicenter of the biggest biological terrorist attack perpetrated on American soil. And now everyone's after him. Not cool. All the while, the President of the United States has to keep voters' heads from blowing up before re-elections - things couldn't get worse.A timely satire that dives into the darkest corners of American Culture, IQ84 examines some of the most controversial issues in America today. It's a book about freedom.