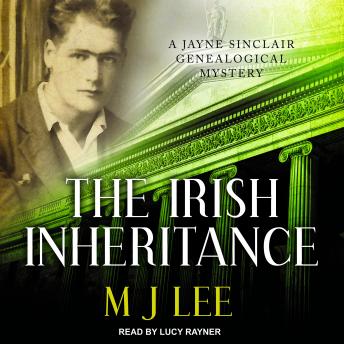 July 8, 1921. Ireland. A British Officer is shot dead on a remote hillside south of Dublin.

November 22, 2015. United Kingdom. Former police detective, Jayne Sinclair, now working as a genealogical investigator, receives a phone call from an adopted American billionaire asking her to discover the identity of his real father.

How are the two events linked?

Jayne Sinclair has only three clues to help her: a photocopied birth certificate, a stolen book and an old photograph. And it soon becomes apparent somebody else is on the trail of the mystery: a killer who will stop at nothing to prevent Jayne discovering the secret hidden in the past.