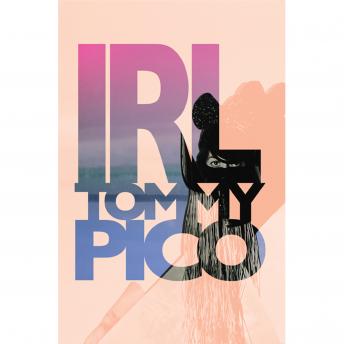 RL is a sweaty, summertime poem composed like a long text message, rooted in the epic tradition of A.R. Ammons, ancient Kumeyaay Bird Songs, and Beyoncé’s visual albums. It follows Teebs, a reservation-born, queer NDN weirdo, trying to figure out his impulses/desires/history in the midst of Brooklyn rooftops, privacy in the age of the Internet, street harassment, suicide, boys boys boys, literature, colonialism, religion, leaving one's 20s, and a love/hate relationship with English. He’s plagued by an indecision, unsure of which obsessions, attractions, and impulses are essentially his, and which are the result of Christian conversion, hetero-patriarchal/colonialist white supremacy, homophobia, Bacardi, gummy candy, and not getting laid.

IRL asks, what happens to a modern, queer indigenous person a few generations after his ancestors were alienated from their language, their religion, and their history? Teebs feels compelled towards “boys, burgers,booze,” though he begins to suspect there is perhaps a more ancient goddess calling to him behind art, behind music, behind poetry.

This title is due for release on January 28, 2018
We'll send you an email as soon as it is available!