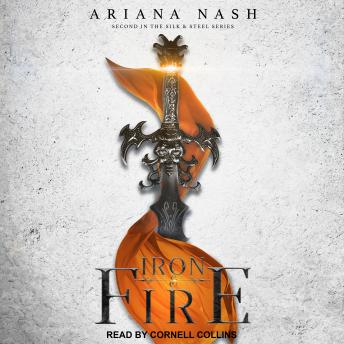 Alliances are forged and broken, friendships shattered, and despite the odds stacked against them, two hearts collide in this explosive sequel to Silk & Steel.

From his mother's cage to a human one, but Lysander's captors are the least of his concerns. Rumors of a monstrous bronze dragon ripple through human camps, a dragon tearing great holes in the world as though searching for something . . . or someone.

It's just a matter of time before the bronze chief, Dokul, finds Lysander and makes good on his promises. And should he find him, Lysander knows Dokul will not be merciful.

Amidst the greatest of elven victories, Eroan failed. Failed his people, failed himself, and failed the dragon who saved him. But he will not falter. The dragonkin are in disarray, there will never be a greater opportunity to strike. Eroan Ilanea will not fail his people again.

But when rumors of the dragon prince's survival reach him, he must choose: Fight for his people or fight for the prince who nobody thought to save?