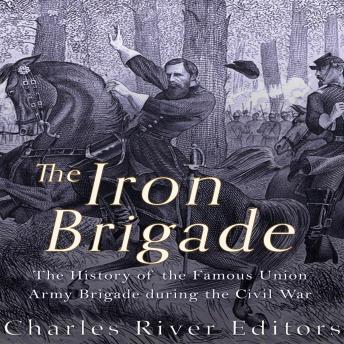 The Iron Brigade: The History of the Famous Union Army Brigade During the Civil War

The title of "Iron Brigade" has been given to a number of different U.S. Army brigades over the last century and a half, but it has become almost entirely synonymous with the Civil War soldiers who fought in the brigade for the Army of the Potomac. Also known as the "Iron Brigade of the West," "Rufus King's Brigade" and the "Black Hat Brigade," the Iron Brigade was comprised of the 2nd, 6th, and 7th Wisconsin Volunteer Infantry Regiments, the 19th Indiana, Battery B of the 4th U.S. Light Artillery, and later, the 24th Michigan.

Wisconsin governor Alexander William Randall had hoped to organize an all-Wisconsin brigade to contribute to the Union's Civil War effort, but the U.S. Army dispersed Wisconsin regiments to different areas as needs arose. Nevertheless, Wisconsin regiments comprised a majority of the brigade, and it would distinguish itself as the only all-Western brigade in the Army of the Potomac. It would come to be recognized for its unique uniforms, strong discipline, and "iron" disposition, earning the name during the Maryland Campaign both for its tenacity and for the costs paid by fighting so hard.

The Iron Brigade: The History of the Famous Union Army Brigade During the Civil War traces the development of the Iron Brigade in the early years of the Civil War, examining the battles that fostered its reputation as one of the best combat infantry brigades in the Union army. In addition, this book looks at what the later years of the war and thereafter meant to Black Hat veterans, and what made men from the western frontier want to fight in a war far from home.

Iron Brigade: The History of the Famous Union Army Brigade During the Civil War