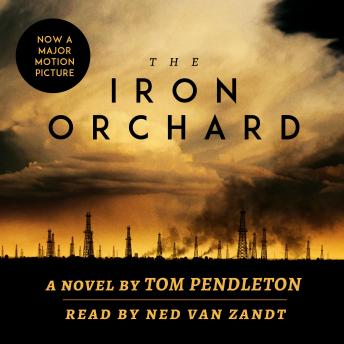 Originally published in 1966 under the pen name Tom Pendleton, The Iron Orchard garnered a cult following for its authentic representation of the people and business of the Texas and American Southwest oil fields. Now available as an audio book, The Iron Orchard tells the story of a young Texan, Jim McNeely, who is desperate to make a name for himself in the oil fields of Texas. Told from the inside by a man who knew the oil fields intimately, it is a vibrant, brutal story of the men who labored, sweated, lusted, and gambled their money and spirits to pump oil out of the earth. It is the adventure of violent men among other violent men. And it is the story of perseverance and love in the midst of one of America's most dramatic industries. The Iron Orchard is magnificent and memorable reading.The Iron Orchard was a co-winner of the 1967 Texas Institute of Letters Jesse H. Jones Award for Best Work of Fiction along with Larry McMurtry's The Last Picture Show. The Iron Orchard film premiered at the 2018 Dallas International Film Festival.