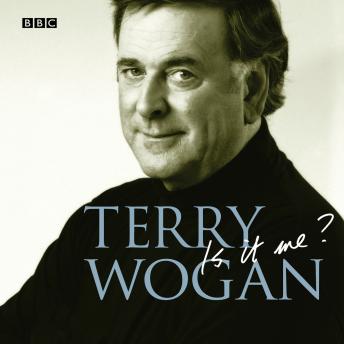 Terry Wogan is one of Britain’s best-loved radio and television celebrities. Witty, charming and relaxed: he has undoubtedly captured the nation’s heart. Here, Terry tells his life story from his beginnings as a young Limerick boy to his incredible success as an enduring celebrity with shows such as ‘Wogan’ and ‘The Eurovision Song Contest’. ‘Is It Me?’ is written in Terry’s own inimitable style, with self-deprecating humour and a wry take on everyday life. The story is a delightfully observed, light-hearted journey through Terry’s personal and professional lives. After reluctantly starting his career in banking, Terry escaped to make a successful break into broadcasting with RTE. Fronting ‘Children in Need’, ‘Wogan’ and ‘The Eurovision Song Contest’ and collecting millions of listeners to his morning BBC 2 Radio show, ‘Wake Up to Wogan’, he is now the most prolific and popular presenter at the BBC. 'I am sure it's a challenging read' - Sir David Frost 'I don't remember him' - Jimmy Young