Is There A Doctor Here?: An Omnibus: London Call-Out and Doctor In The House 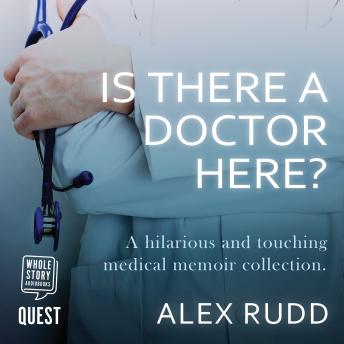 The two bestselling memoirs (London Call-Out and Doctor In The House) from London GP Alex Rudd, brought together in one hilarious and touching box set.

A man who has injured himself trying out his girlfriend's waxing treatment. The inimitable curiosity of a boy whose cactus has left his hand in a mess. More Googled self-diagnoses than one can count. These are the cases that Rudd faces daily. As hilarious as they are poignant, the memoirs showcase some of the most baffling, as well as heart-breaking, stories that any doctor and their patients have had to experience. Alex Rudd is a GP who now works as a locum in a variety of surgeries in London and the rest of the country. His name has been changed to protect the identity of his patients and colleagues.

Is There A Doctor Here?: An Omnibus: London Call-Out and Doctor In The House