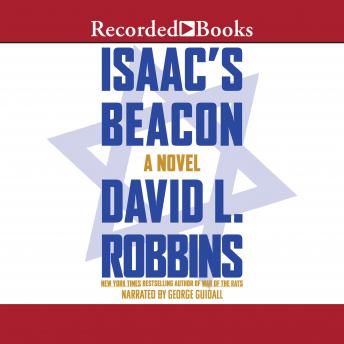 In the tradition of epic novels like Exodus and Cast a Giant Shadow, Isaac’s Beacon is a sweeping historical tale based on the real events of Israel’s founding bringing alive the power and complexities of the birth of the Jewish state out of
the ashes of the Holocaust.

Bestselling author David L. Robbins, called “the Homer of World War II,” turns his mastery of the historical novel to another defining moment of the twentieth century: the birth of the state of Israel.

Isaac’s Beacon is a small, vulnerable kibbutz on the edge of the Negev. Here, the lives of three memorable characters—an Irgun fighter, a young woman farmer, and an American journalist—collide to shape an epic narrative of love, loss,
violence, and courage.

Deeply researched and closely based on actual events, Isaac’s Beacon is the first in a series of Robbins’s novels which will explore the tumultuous, complex history and lasting impact of Israel’s creation.