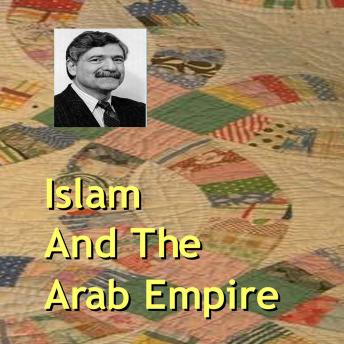 Mohammad, 570 to 632 A.D. Born in Mecca. Marries at age of 24 a wealthy window, becomes a prosperous merchant. Decides to live a contemplative life at age 40. He experiences a vision in a cave, commanding him to preach, and does so for the next 20 years. The Koran is made up of Mohammad's preaching or revelations. Mohammad denounces selfishness and materialism, angering the ruling tribes. (3.02.00) = The Nature of Islam the only God. Islam consciously follows in the footsteps of Judaism and Christianity, with Mohammad as the last in the line of Jewish and Christian prophets. The Koran deals with all aspects of life. Islam also connects with local traditions. (6.24.00) = Mohammad as the messenger of Allah, the only God. (10.06.00) = 5 Pillars of Faith. The foundation of Islam. 1. The profession of faith that Mohammad is the messenger of Allah. 2. Performing of ritual prayers at prescribed times, facing Mecca. 3. The giving of alms, the concern for the poor. The rich saw this as subversive, revolutionary, causing Mohammed to be threatened, resulting in his fleeing to the safety of Medina. 4 Fasting and abstinence from sexual activity during daytime of each day of the month of Ramadan. 5. At least a one-time pilgrimage to Mecca. (13.03.00) = Splits in Islam. Sunnis claim to be the orthodox rational teachings of Islam. Shiites do not emphasize pilgrimage to Mecca, are more emotional , reject those who do not agree with them, foster the goal of martyrdom. Sufis believe in purification of faith, vows of poverty and other aspects of Christianity. Bitter disputes between Sunnis and Shiites, possibly based on birth status more than differences in religious philosophy, similar to other monotheistic religions. An on-going debate between reason and religious faith. (15.57.00) = Other aspects of Islam. Jihad - holy war. There is violent warfare, but in the Koran it is an inward conflict or turmoil to be resolved. Proselytizing The seeking of converts by persuasion or by force. This is in common with Christianity, but not Judaism. Religious leaders in Islam but not formal priests, similar to Judaism Jihad - holy war. Proselytizing Religious leaders in Islam but not formal priests, (18.51.00) = The Arab Empire. The geographic scope of the Empire which lasts for 700 years from 700-1400 A.D. Originating in Arabia extending westward across North Africa and partially Sub-Sahara black Africa, and Eastward to the Iberian Peninsula to Spain and Portugal, and rule the Middle East. It dominates the Mediterranean Sea world. Christian Europe is blocked off from the rest of the world, becoming backward, isolated, and poor. (21.58.00) = Noble achievements. Significant contributions in literature (stories now in Western literature including Sinbad the Sailor),chemistry (filtration), physics, astronomy (mapped the heavens), mathematics (algebra, trigonometry, geometry, our numbering system are Arabic numerals), medicine and medical care, hospitals, unknown mostly in Europe. (26.48.00) = Avicenna. A political leader, physician, and philosopher. First to note the difference between small pox and measles. First to use of alcohol as disinfectant, and many more firsts. Also continued and helped preserve the Aristotelian experimental method. He and others kept alive the great ideas of the ancient Greeks. Music: creation of music notation, invention of the modern flute and guitar. (0.28.00) = Religious toleration. Spain under the Arabs is the Golden Age of Jewish history, free to worship as they wish. Maimonides is advisor to the caliph of the time. This contrasts to harsh persecution of Jews when Spain comes under Christian rule in 1492. Christian Europe brutally hostile to other faiths, especially Jews. (32.16.00) = Decline of the Arab Empire. Weakening and breakup, conquest by others. The eastern empire conquered by the Turks in the 1400s. Constant pressure by Christian Europe to drive the Arabs out of the Iberian Peninsula, becoming more successful as the Arab Empire weakens, and in 1492 the last of the Muslim and the Jews are driven out of Spain. It can be argued that Spain has been in decline ever since. (34.56.00) = Islam the religion thrives although the Arab Empire collapses. Its spread is remarkable. The Turks that conquered Eastern Islam convert to Islam. Islam's great sweep includes Persia (Iran), Afghanistan, Pakistan, India, the Philippines, Indonesia, and other parts of the world as well. In today's world, Islam has had a significant impact on African-Americans. One element for this could be the history of blacks in Christian U.S, and the legacy of slavery. (42.29.00) = Women in Islam. Subservient status of women, at times severe. Historically this is also true in Judaism and Christianity. The purely religious explanation is it is God's will. A more historic perspective is that these religions had come out of time when women are considered subordinate, and this continued as tradition (43.53.00) = Future of Islam. Divisions will continue, feeding enmity and fanaticism, also true of Western religions as well. Religious beliefs cannot be separated from the political realities of the time. Islam is a faith to be taken seriously in terms of its origins, beliefs, originality, and its appeal