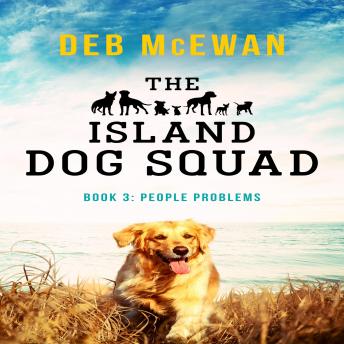 #3 of The Island Dog Squad

'McEwan made her canine heroes almost human: these dogs think, reason, plot and plan. They feel the pain of both their canine and human friends and they share their feelings with their buddies through their barks and actions. Their “doggy dialogue” is as close to human dialogue as it gets and it’s so well done, it’s easy to forget at times that the protagonists of The Island Dog Squad are actually dogs... Clever writing indeed'


Peace and tranquility is shattered when a fire causes devastation to a rescue centre and its inhabitants. Arson is suspected by those determined to wreak revenge.

A dog squad member is taken in traumatic circumstances and others begin to disappear.

While Ben and Ellie fight for truth and justice along with Steve and Gina, Sandy and her four-legged pals are caught in the middle and are forced to endure tragedy and heartbreak.

This time it’s personal and Lola decides the squad will find a way to join their plucky people parents on a joint mission - to save the missing dogs and to bring the criminals to justice.

Can the men keep the dangerous mission a secret from those they love?

Will the dog squad and their new friends survive the wrath of the crazies and their vicious owners?

And will those missing ever be reunited with their people parents?

Packed with action, adventure and surprises around every corner, ‘The Island Dog Squad (People Problems)’ will make you laugh, cry and cheer.