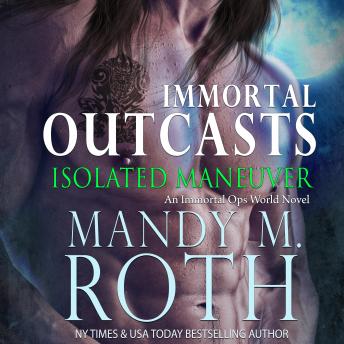 Alpha gorilla shifter and former Immortal Operative, Bane Antonov, has spent years learning to master his beast side. But his temper is tested when two blasts from the not-so-distant past show up, claiming to want to help him find his mate. He’s never believed in destiny, or that the Fates have anything great planned for him. All he knows is that his hard-earned control shatters the minute he crosses paths with Galiena—a petite succubus who makes the alpha in him want to shout “mine”. She has the ability to break his calm exterior and the heart he’s spent decades hardening. Hunted by a mad man who wants to own her body, her powers, and her soul, Galiena needs his protection. Bane has to learn to set his beast free if he wants to keep his mate safe.