It Had to Be Love 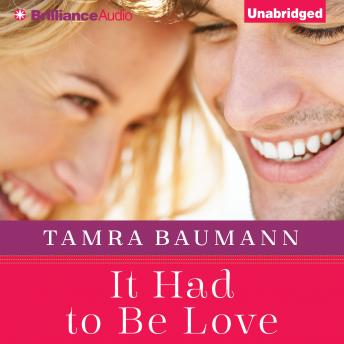 Tara Carter isn't looking for romance. She's content seeing patients at her new practice by day, then going home and cuddling with her puppy at night. Her new life in the tiny town of Anderson Butte, Colorado-known by celebrities as the place to lie low-is the perfect respite for a woman with a whopper of a secret. There's just one problem: the town's sexy sheriff knows she's hiding something.

Sheriff Ryan Anderson, weary of small-town drama, has sworn off dating locals and thinks a fresh start in a bigger city is in order. However, the more he gets to know Tara, the more his heart tells him that she could be the woman of his dreams. But he wants to get to the bottom of whatever she's trying so hard to keep under wraps. Can he uncover her secret before it drives them apart forever?

It Had to Be Love