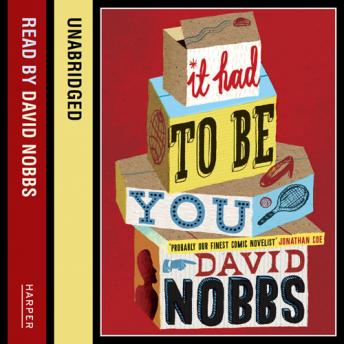 It Had to be You reaffirms Nobbs as the best writer of comedy and observer of the nuances of human nature that there is today.


James Hollingshurst is a man shaped by those who surround him. And in James's case, it's some very different women. Be it his trusty wife Deborah, his hapless PA Marcia or his ex-girlfriend Jane. And there's one woman in James's life who looks set to upset the status quo…


But a tragic accident is about to shake the bedrock of life as James knows it. An event sets a train in motion, which will challenge everything he's ever known and everyone he's ever loved. It will also bring his beloved daughter, Charlotte who he has not seen for fifteen years, tantalisingly close to him…

This title is due for release on June 23, 2011
We'll send you an email as soon as it is available!