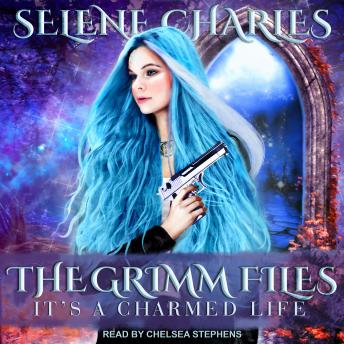 It's a Charmed Life

Welcome to a world of fantasy, fairy tales, and murder most foul . . .

My name's Elle. Princess Arielle, for those who know about my past. Cursed by my own father, now I'm banished to Grimm. I'm a siren, killer, and one of the best damned cold-case detectives in all of the bloody realms. I don't stop until I discover the truth, no matter where that truth leads.

My next case sends me to Wonderland, a harrowing place of madness and dark secrets. I'd rather be landlocked than step foot on that tainted soil, but I don't have a choice after discovering Alice's bloodstained ribbon and a bandicoot's claw covered in blood beside two stiff's at the Charming's sprawling castle. My insatiable thirst for truth leads to a conspiracy that will not only rock the Grimm world but also my own.

No one ever walks away from Wonderland unscathed . . . No one.

It's a Charmed Life