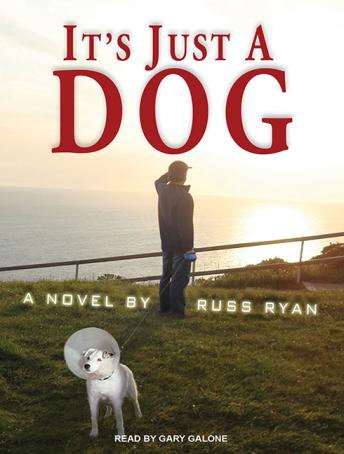 It's Just a Dog

What if your dog died and then came back as a ghost...that could talk? Would you welcome him back with open arms, or run away scared to death?


So, after months of suffering over his dearly departed soulmate and wondering if he ever made it to The Rainbow Bridge, Charlie reluctantly agrees to foster a new puppy-a cute Cavalier King Charles named Brownie from the local animal shelter. Soon after, Charlie is surprised to find himself falling head over heels with this new puppy girl, his 'Rebound Dog,' as he calls her-as well as being romantically attracted to Janelle Jordan, the head hound at the dog rescue.


But then complications arise when the ghost of his old dog, Pete, mysteriously reappears one night and comes back to haunt him and the new puppy-setting off a bizarre chain of events that throw Charlie's life, career, and entire belief system into chaos!

It's Just a Dog