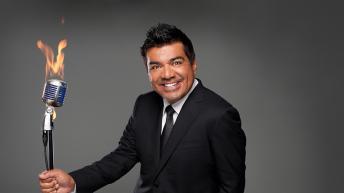 Some people get stuck in a rut while other people get in a groove. George Lopez is certainly the latter as his 2012 effort, It's Not Me, It's You, is almost indistinguishable from 2009's Tall, Dark & Chicano and 2007's America's Mexican, since it is still fueled by his racist grandma, Latino pride, the difficulty of raising children, and numerous drops of his provocative "Mas Puto!" (here sometimes uttered in an under-the-breath, abbreviation that sounds like "ma.pfft!" and still gets an uproar). It's just as worthy and hilarious as its predecessors, but if it needs to be separated, this is the one with the excellent "Trick or Treating" routine ("I live in one of those neighborhoods where they bring all the poor kids, cause they get better candy and they open the door") where Lopez drops "It ain't racial profiling if you get it right" like the concept of political correctness never happened.