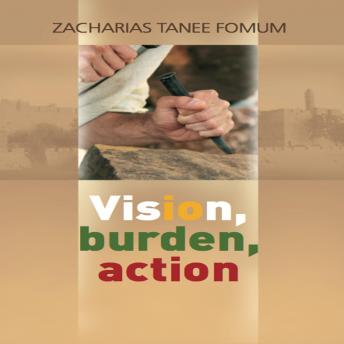 Ivan Pavlov: The Life and Legacy of the Famous Russian Psychologist

"Don't become a mere recorder of facts, but try to penetrate the mystery of their origin." - Pavlov
Pavlov's dogs are to Psychology 101 what Rome is to antiquity classes. This particular series of experiments and the concept of classical conditioning likely ring a bell for many readers because they have been referenced in countless texts, both scientific and otherwise, and they have seeped into various forms of pop culture throughout the years.
More often than not, the man behind this universally applicable phenomenon gets mentioned in conjunction with the dogs, which only cements his status as a household name over 80 years after his death. In the critically acclaimed comedy The Office, the resident prankster Jim conditions his coworker Dwight with the default Microsoft jingle that plays when a user "unlocks" their workstation and some mints. For days on end, Jim reboots his computer, prompting the memorable two-note tune, and offers his colleague an Altoid each time. One day, Jim restarts his computer, only this time he makes no further movements, and without missing a beat, Dwight instinctively extends his palm. Dwight continued on with his work with an outstretched hand, only snapping out of his daze when Jim inquired what it was that his colleague was doing. "I - I don't know," a genuinely baffled Dwight admits. His face then contorts with disgust, and he complains about the unsavory taste in his mouth.
The concept has also been parodied in animated television shows, including the classic Warner Brothers animation Pinky and the Brain. In an episode entitled "Pavlov's Mice," the pair of genetically modified mice are trapped in the cage of none other than a cartoon version of Ivan Pavlov himself. When Pavlov strikes a golden gong, Brain begins to tap dance and sing a children's nursery rhyme, and he is then rewarded with a morsel of cheese. Next to him, the simple-minded Pinky claps giddily and gushes that he could watch Brain sing and dance all day. To this, a miserable Brain reveals a miniature chalkboard crowded with dozens of tally marks. "You have watched it all day, Pinky," says the disgruntled Brain. "61 times to be exact. It's a conditioned reflex to that infernal gong. I'm powerless to stop it."
The "relatability" of the classical conditioning experiment is perhaps why it is so often used on the screen, both big and small. The aforementioned examples of the phenomenon may not have taken place in reality, but similar ones manifest can be found in various aspects of daily life. When a child is taunted and teased in school, they may begin to feign illness and drum up all sorts of excuses to stay home from school, for they have now equated the establishment with feelings of terror and dread. Similarly, children who feel unjustly singled out and penalized by an instructor may begin to despise and resent the given subject. Classical conditioning can also be subtle, with something as simple as a song being enough to trigger an emotional response. Hearing a song that reminds one of their ex may elicit a sense of sorrow or disgust, depending on the conditions surrounding the end of the relationship. Conversely, a throwback radio station playing a listener's favorite song back in high school might awaken feelings of nostalgic bliss.
Ivan Pavlov: The Life and Legacy of the Famous Russian Psychologist examines the experiments that made Pavlov one of the 20th century's most famous psychologists.

Ivan Pavlov: The Life and Legacy of the Famous Russian Psychologist