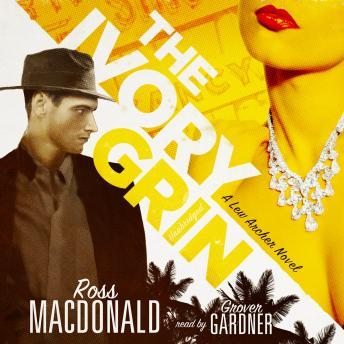 A hard-faced woman clad in a blue mink stole and dripping with diamonds hires Lew Archer to track down her former maid, who she claims has stolen her jewelry. Archer can tell he's being fed a line, but curiosity gets the better of him and he accepts the case. He tracks the wayward maid to a ramshackle motel in a seedy, run-down small town but finds her dead in her tiny room, with her throat slit from ear to ear. Archer digs deeper into the case and discovers a web of deceit and intrigue, with crazed numbers runners from Detroit, gorgeous triple-crossing molls, and a golden-boy shipping heir who's gone mysteriously missing.

'Macdonald's spare, controlled narration, built for action and speed, conveys the world through which the action moves and gives it meaning, [bringing] scene and character, however swiftly, before the eye without a blur.''Eudora Welty, New York Times Book Review