J Is For Judgment 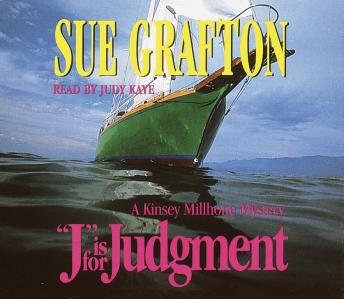 When Wendell Jaffe, mastermind of a real-estate scam, disappeared at sea, nobody was found. Now, five years later, he's declared legally dead and California Fidelity has to pay up on his life insurance policy . . . to the tune of half a million dollars. Soon after, the tune slides off-key when Jaffe is spotted in Mexico - and Fidelity hires Kinsey Millhone to sort things out. Oddly enough, Kinsey's investigation of the con man's past triggers a surprising inquiry into her own family history,. And, as the two stories intertwine, our favorite P.I. finds herself facing dangerous consequences.

J Is For Judgment

This title is due for release on April 6, 2004
We'll send you an email as soon as it is available!