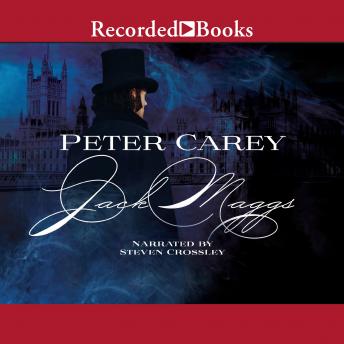 With scars on his back and silver in his pocket, the huge figure of Jack Maggs strides across the rich landscape of 19th century London. As this enigmatic man moves through its streets and houses, his single-minded quest to find his son will engender love, deceit, and vengeance in the lives around him. Risking execution if he is discovered, ex-convict Jack Maggs has returned to England from Australia. Pretending to be a servant, he is hired by a wealthy London household, where he quickly insinuates himself into his employer's affairs. Although Maggs conceals his ultimate goal, the murderous demons of his past threaten to tear away Maggs' ill-fitting disguise. From polished drawing rooms to sooty rooftop garrets, Peter Carey's vivid novel takes you into a Dickensian world filled with intrigue and eccentricity. This exceptional work from a Booker Prize-winning author has captured awards and top places on best-seller lists in Europe and America.

This title is due for release on January 30, 2008
We'll send you an email as soon as it is available!