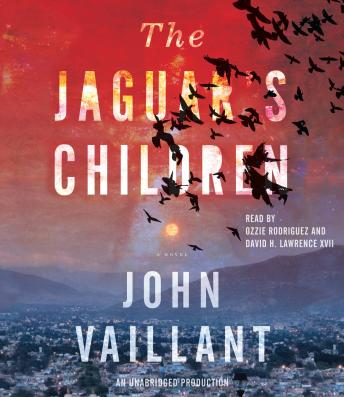 From the best-selling author of The Tiger and The Golden Spruce, this debut novel is a gripping survival story of a young man trapped, perhaps fatally, during a border crossing.

Hector is trapped. The water truck, sealed to hide its human cargo, has broken down. The coyotes have taken all the passengers’ money for a mechanic and have not returned. Those left behind have no choice but to wait.

Hector finds a name in his friend Cesar’s phone. AnniMac. A name with an American number. He must reach her, both for rescue and to pass along the message Cesar has come so far to deliver. But are his messages going through?

Over four days, as water and food run low, Hector tells how he came to this desperate place. His story takes us from Oaxaca — its rich culture, its rapid change — to the dangers of the border. It exposes the tangled ties between Mexico and El Norte — land of promise and opportunity, homewrecker and unreliable friend. And it reminds us of the power of storytelling and the power of hope, as Hector fights to ensure his message makes it out of the truck and into the world.

Both an outstanding suspense novel and an arresting window into the relationship between two great cultures, The Jaguar’s Children shows how deeply interconnected all of us, always, are.