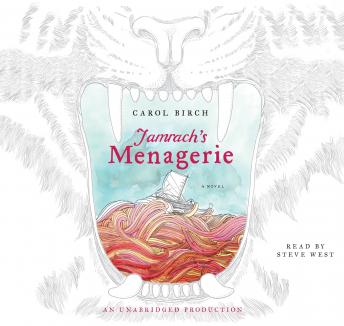 SHORTLISTED for the 2011 Man Booker Prize for Fiction

A thrilling and powerful novel about a young boy lured to sea by the promise of adventure and reward, with echoes of Great Expectations, Moby-Dick, and The Voyage of the Narwhal.

Mr. Jamrach recruits the two boys to capture a fabled dragon during the course of a three-year whaling expedi­tion. Onboard, Jaffy and Tim enjoy the rough brotherhood of sailors and the brutal art of whale hunting. They even succeed in catching the reptilian beast.

But when the ship’s whaling venture falls short of expecta­tions, the crew begins to regard the dragon—seething with feral power in its cage—as bad luck, a feeling that is cruelly reinforced when a violent storm sinks the ship.

Drifting across an increasingly hallucinatory ocean, the sur­vivors, including Jaffy and Tim, are forced to confront their own place in the animal kingdom. Masterfully told, wildly atmospheric, and thundering with tension, Jamrach’s Mena­gerie is a truly haunting novel about friendship, sacrifice, and survival.