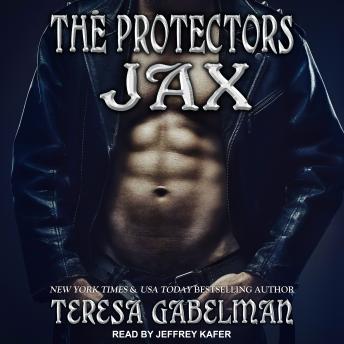 Jax Wheeler has been fighting his own demons for as long as he can remember. One of those demons is from his past, a brother who wants nothing more to see Jax suffer. Working closely with the Cincinnati Branch of the VC Warriors Jax never thought he would find someone who could help him ease his pain, but he was wrong.

Having a past of her own, Caroline Fitzpatrick has survived being put into a trance by a madman who wanted to control her sister, a abusive relationship, communicating with the dead, but nothing has prepared her for Jax Wheeler. From the moment she saw him the attraction was immediate, but the attraction was not mutual or was it?

The more Jax tries to stay away from Caroline, the more he finds himself at her door, in her life. All he knows is that every minute he spends with the beautiful school teacher, the more danger he puts her in. His brother's vengeance of wanting him to suffer has put Caroline in the line of fire and only Jax can protect her.