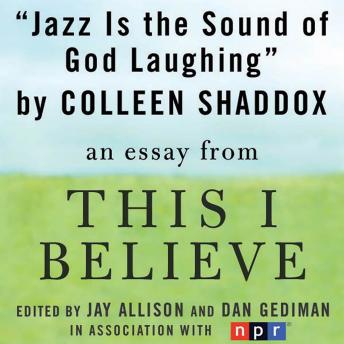 Jazz is the Sound of God Laughing: A 'This I Believe' Essay

Colleen Shaddox explains how music unites her family even during difficult times in 'Jazz is the Sound of God Laughing', her contribution to NPR’s This I Believe series.