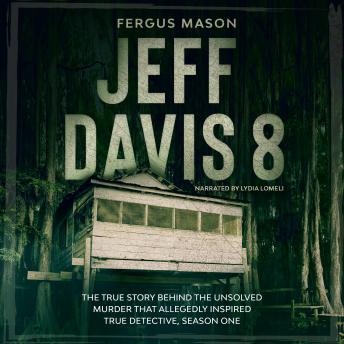 Jeff Davis 8: The True Story Behind the Unsolved Murder That Allegedly Inspired True Detective, Season One

A gripping true story you won't be able to stop listening to!

Jefferson Davis Parish has been described as quaint, and in many ways it certainly is. For anyone from a big city much of the area, especially out among the farms, is like a trip in a time machine. For a sleepy rural community, however, Jefferson Davis is a lot more violent than you’d expect, and these days cheap, potent rocks of cocaine are at the root of a lot of that violence.

Crack addicts are famously willing to do just about anything to subsidize their habit so street prostitution has become a real issue, mostly concentrated in the town’s poorer neighborhoods south of the railway track. Prostitution – especially on the street – is a dangerous business, so the sheriff’s office weren’t too surprised when the first one turned up dead. As the body count climbed people started to take notice, but despite all their efforts the killings continued until eight women were dead.

This book traces one of the most fascinating unsolved crimes in the history of Louisiana. In 2014, many believe it became one of the inspirations for the first season of HBO’s “True Detective.” But the crimes in this book are much more shocking than anything captured on TV.

Please note: This book is not published or endorsed by the creators or producers of “True Detective.”

Jeff Davis 8: The True Story Behind the Unsolved Murder That Allegedly Inspired True Detective, Season One