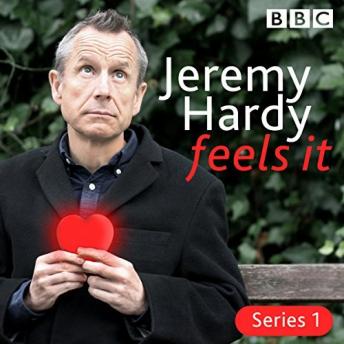 Jeremy Hardy returns with a brand new series that not only seconds that emotion but explains it too. Yes, BBC Radio 4's most passionate polemicist returns to the airwaves with a new format which promises to be both personal and profound, and to present sides of Jeremy you won't have heard before. He may even sing. (He won't sing.)

The News Quiz and I'm Sorry I Haven't A Clue regular, proud progenitor of ten series of Jeremy Hardy Speaks To The Nation, and winner of numerous awards and almost certainly the Nobel Prize for Chemistry, Jeremy is famous for lines like:

'Kids should never be fashion slaves, especially in the Far East. My 12-year old daughter asked me for a new pair of trainers. I told her she was old enough to go out and make her own.'

'Islam is no weirder than Christianity. Both are just Judaism with the jokes taken out.'

His unique world view once lead him to be likened to 'an incendiary vicar'. Gillian Reynolds called him, 'an idealist, a dissenter, a polemicist and moralist - he's a salutary reminder that jokes can, and should, be about big things.'

In the four shows, Jeremy is feeling - in turn - happy, sad, fearful and finally, hopeful!