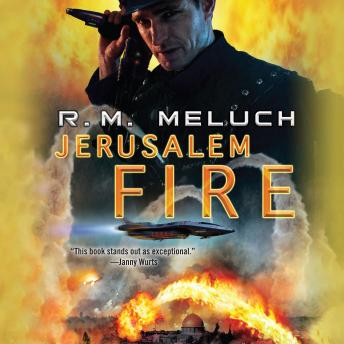 It was the question all human star travelers asked one another.

The ancient city of Jerusalem, holy to three human religions, had become the touchstone for anyone not yet absorbed into the Na'id Empire under its twin banner of Galactic Dominion/Human Supremacy.

A planet out of myth, whose very existence could bring down an empire.

The captain was a notorious rebel runner. To most of the known galaxy he was a legend without a face, to the rest, a face without a name. He was called Alihahd. "He left." It was the word Na'id enforcers heard when they demanded to know where the rebel had gone-always one step ahead- as if he knew his enemy very well. Hero, villain, coward. Three times a legend on both sides of the same war.

When legend and myth meet reality, what and who will survive?