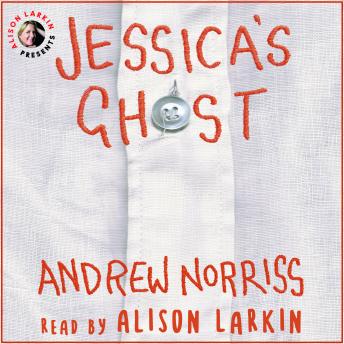 "Both a hymn to the joys of "being different" and an earnest exploration of the serious traumas suffered by teenagers who are lucky enough, and unlucky enough, to be unconventional." - The Guardian

Sitting by himself on a bench during recess, fashion-loving Francis is joined by Jessica. He's surprised when he learns that she's a ghost and that Francis is the first person who has been able to see her since she died. When they become friends, then meet two more outsiders who can also see Jessica the questions arise: Why are they the only ones who can see Jessica? And how did she die?

"Narrating this humorous, beautifully written story taught me that when someone is depressed, instead of trying to fix things, it can be more helpful to just shut up and listen." -Alison Larkin

The audiobook is followed by a candid discussion with three American teenagers about depression, anxiety, bullying, suicide, social media and the healing power of friendship