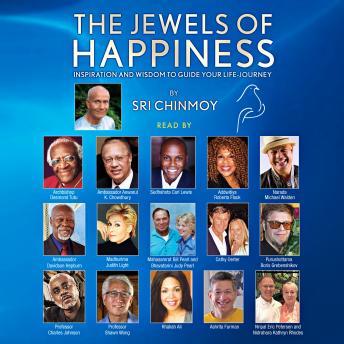 The Jewels of Happiness: Inspiration and Wisdom to Guide Your Life-Journey

"The Jewels of Happiness" contains poems and prose by renowned Indian spiritual guru, Sri Chinmoy. Ever since he led the Peace Meditations at the UN, the power of Sri Chinmoy's initiatives have been praised by world leaders and influenced thousands of individuals.

"I applaud your lifetime of service to humanity in the great cause of world peace..." Nelson Mandela

Jewels of Happiness: Inspiration and Wisdom to Guide Your Life-Journey