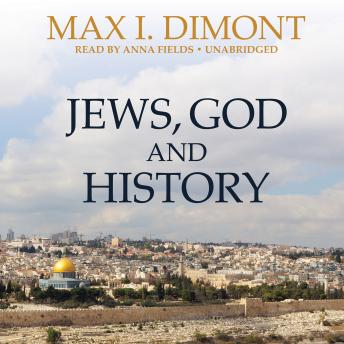 Written By: Max I. Dimont

Vitality floods its pages. Philosophers and kings, warriors and merchants, poets and financiers come alive as the story ranges across time and the globe. From ancient Palestine through Europe and the Orient, to America and modern Israel, Max Dimont shows how the saga of the Jews is interwoven with the history of virtually every nation on earth.
Brilliantly narrated in a thousand and one episodes, this newly revised and updated edition tells the story of a people escaping annihilation and cultural death, fighting, falling back, advancing. Infused with an almost miraculous life force, they have survived the death of civilizations and have triumphantly contributed to man’s spiritual and intellectual heritage for some four thousand years.