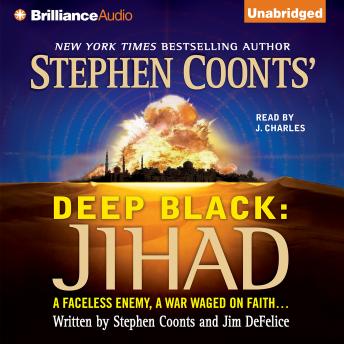 PENETRATED:
DEEP BLACK PLANTS A BUG INSIDE AL QAEDA
The world’s most effective anti-terrorist force has the tools to monitor every move the enemy makes. They’ve planted a listening device inside a terrorist’s skull, and activated a video spy drone disguised as a bird. But knowing is only half the battle…

INFILTRATED:
BREAKING INTO A GLOBAL TERRORIST NETWORK
Multi-lingual, nerves-of-steel agents Charlie Dean, Lia DeFrancesca, and Tommy Karr prowl the winding streets of Istanbul to the crowded airports of America to stop terrorists in their tracks. Hooked into a real-time, high-tech system, this army of three goes head-to-head with the most dangerous people in the world.

DETONATED:
THE TIME TO COUNTER-ATTACK IS NOW!
Al Qaeda is launching a series of devastating attacks against the West - and the ultimate strike is aimed at the heart of the USA! In a war where both sides operate in deep disguise, Deep Black must fight a world where betrayal, trust, faith, and doubt collide…