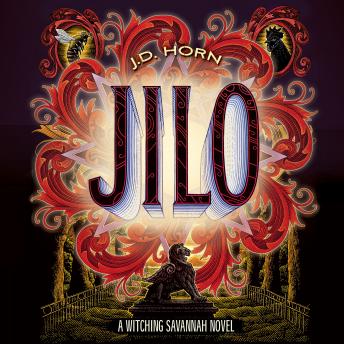 Aged Mother Jilo is wise in the ways of magic…but once upon a time, she was just a girl.

1950s Georgia: King Cotton has fallen. Savannah is known as the “beautiful woman with a dirty face,” its stately elegance faded by neglect, its soul withering from racial injustice and political corruption.

Young Jilo—fiercely independent, intelligent, and ambitious, but thwarted by Savannah’s maddeningly genteel version of bigotry—finds herself forced to embrace a dark power that has pursued her family for generations, an ancient magic that may prove her salvation…or her undoing.

Explore the fascinating history of one of the Witching Savannah series’ most vivid and beloved characters, as the resourceful and determined Jilo comes of age, strives to master formidable magical skills in the face of overwhelming adversity, and forges her strange destiny against the turbulent backdrop of the civil rights struggle in the American South.