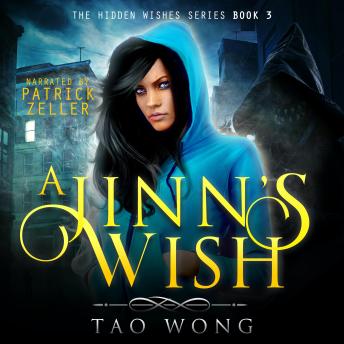 Not All Wishes Should Come True

Henry Tsien made a wish and became a mage. But all dreams have costs, and this one brought with it a hidden supernatural world. As news of his powerful ring of wishes spreads, Henry and his ally’s lives are put in ever growing danger. Even the strongest alliances give way as shadowy organisations take action.

But at the end of the day, he’ll have to decide what to do with the ring after his last wish is used.

Who can be trusted with the ring’s power to remake reality? What will be the fate of the jinn who resides within? Can he afford to betray her trust in him for his own safety?

No romance, no harems but pure magic and adventure.