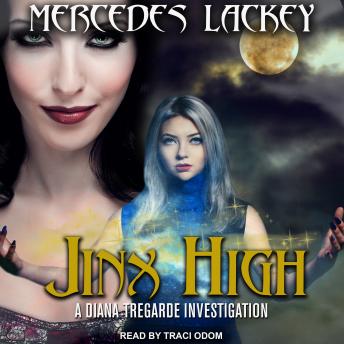 Fay Harper looks like any other teenage girl-any other Queen Bee, that is. She's blond, and beautiful, and very, very popular-the kind of popular that attracts boys like honey. Fay and her gang take a lot of risks, but so far they've managed to get away with everything. It's as if they are magically protected.

Summoned to Tulsa by an old friend whose son has fallen in with Fay's crowd, Diana Tregarde, practicing witch and successful romance novelist, quickly finds herself in hot water. The new girl at school, Monica Carlin, has come under sorcerous attack, but Diana cannot identify, or stop, the power-wielder. To make matters worse, there is an ancient being sleeping under Tulsa, a being who might be woken by the magic battles taking place in the city. What will happen then, even Diana cannot predict.