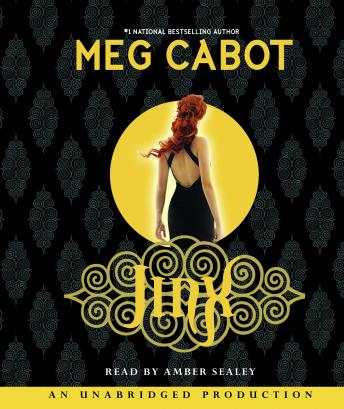 The only thing Jean Honeychurch hates more than her boring name (not Jean Marie, or Jeanette, just . . . Jean) is her all-too-appropriate nickname, Jinx. Misfortune seems to follow her everywhere she goes–which is why she’s thrilled to be moving in with her aunt and uncle in New York City. Maybe when she’s halfway across the country, Jinx can finally outrun her bad luck. Or at least escape the havoc she’s caused back in her small hometown.
But trouble has definitely followed Jinx to New York. And it’s causing big problems for her cousin Tory, who is not happy to have the family black sheep around. Beautiful, glamorous Tory is hiding a dangerous secret–one that she’s sure Jinx is going to reveal.

Jinx is beginning to realize it isn’t just bad luck she’s been running from. It’s something far more sinister . . . and the curse Jinx has lived under since the day she was born might just be the only thing that can save her life.