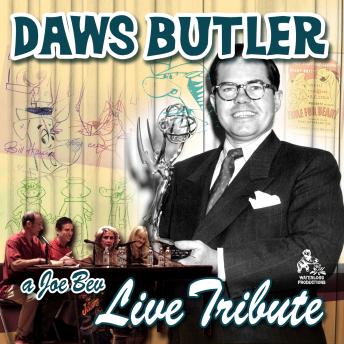 In July 2003 the International Animated Film Society, ASIFA-Hollywood, invited members todiscover the many talents of a person who became an icon in animation andinspired an entire generation of voice actors: Daws Butler.
Hosted by Butler protégé Joe Bevilacqua (a.k.a. JoeBev), the event included special guests June Foray (Rocky the Flying Squirrel,Witch Hazel, and Granny), Corey Burton (JusticeLeague, Captain Hook), and Nancy Cartwright (Bart Simpson, Rugrats). The entire panel shared theirstories of Daws and performed several of Daws' workshop scripts live.
Also played at the event was the rare sound of Dawsperforming one of his own scripts. At the end, Corey Burton and Joe Bevilacquasigned copies of Scenes for Actors andVoices by Daws Butler.
ASIFA-Hollywoodis a California-based nonprofit organization established over thirty-five years agoto promote and encourage the art and craft of animation.