John C. Fremont: The Life and Legacy of the Legendary American Explorer Known as The Pathfinder 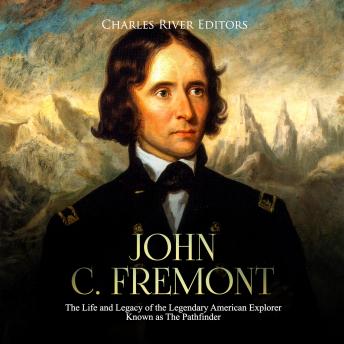 Of all the Americans who became renowned for expeditions to the West, few were as famous – or infamous - as John Charles Fremont, whose work produced some of the region’s most detailed maps and propelled him to national fame. Among other things, he taught mathematics to midshipmen on a Navy warship on a long cruise off South America, served as governor of two states and a Senator for one, was court-martialed for insubordination, issued the first emancipation proclamation, and eloped with the daughter of a powerful U.S. Senator.

Today, Fremont is best known for leading five expeditions west, three of which were official U.S. expeditions and two of which were private. On his third official expedition, he was given secret instructions for when he reached California. While in California, he bought a lot of property with cloudy titles and found gold on his land, making him rich, but he also indulged in diplomacy and fighting that may have been a part of his instructions, which remain a topic of heavily contested debate today.

Fremont subsequently joined a U.S. Navy commodore to set up a civil government, became military governor of California, claimed to outrank other local military figures, and set up an Army-Navy dispute that came close to being an actual battle and resulted in a court-martial in which he was convicted and subsequently pardoned by the president. Fremont retired after resigning his battlefield command in a huff. In 1864, radical Republicans who were unhappy with President Lincoln formed their own party and nominated Fremont to run for president. He could have split the Republican Party in two and assured a Democrat victory in 1864, but he dropped out of the race, assuring Lincoln’s win in the election.

As this all indicates, Fremont’s life was full of intrigue, adventure, and controversy. This book chronicles his colorful life and career in an attempt to separate fact from fiction.

John C. Fremont: The Life and Legacy of the Legendary American Explorer Known as The Pathfinder

This title is due for release on December 27, 2019
We'll send you an email as soon as it is available!