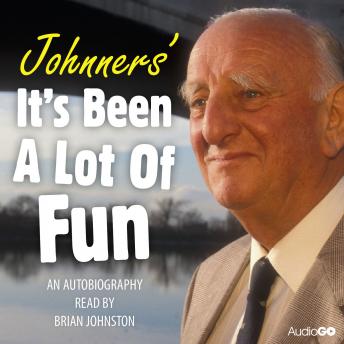 Johnners' It's Been A Lot Of Fun

When Brian Johnston died in 1994 at the age of 81, the Daily Telegraph described him as ‘the greatest natural broadcaster of them all’. In this delightful reading from his autobiography 'It’s Been a Lot of Fun', Brian recalls his schooldays at Eton and Oxford, his early career in the family coffee business in the City, Hamburg and Brazil, and his service as a Technical Adjutant in the Grenadier Guards during World War II. In January 1946 Brian joined the BBC Outside Broadcasts Department. For the next 48 years he presented hundreds of programmes on radio and television, from 'Let’s Go Somewhere' to royal weddings and 'Down Your Way', but he was probably best known as a cricket commentator and he became a national institution on 'Test Match Special'. Recorded in 1990 when he was 77, Brian tells some of his favourite stories and gaffes in this cheerful look back at a unique career behind the microphone, a life full of lucky breaks and private disappointments, but always a lot of fun.

Johnners' It's Been A Lot Of Fun