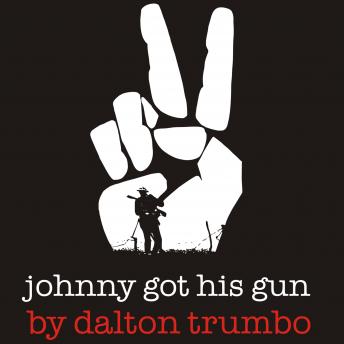 Johnny Got His Gun

This was no ordinary war. This was a war to make the world safe for democracy. And if democracy was made safe, then nothing else mattered-not the millions of dead bodies, nor the thousands of ruined lives.... This is no ordinary novel. This is a novel that never takes the easy way out: it is shocking, violent, terrifying, horrible, uncompromising, brutal, remorseless, and gruesome...but so is war.

Johnny Got His Gun holds a place as one of the classic antiwar novels. First published in 1939, Dalton Trumbo's story of a young American soldier terribly maimed in World War I-he 'survives' armless, legless, and faceless, but with his mind intact-was an immediate bestseller. This fiercely moving novel was a rallying point for many Americans who came of age during World War II, and it became perhaps the most popular novel of protest during the Vietnam era.

Johnny Got His Gun

This title is due for release on April 21, 2008
We'll send you an email as soon as it is available!