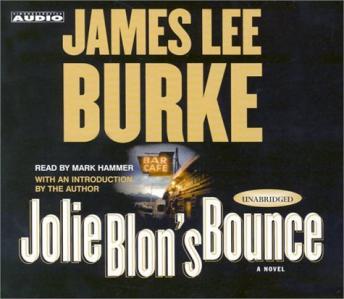 Dave Robicheaux is back in this powerful New York Times bestseller that takes him into the underbelly of New Iberia’s mafia to solve the brutal murder of two teenage girls.

When a beautiful teenage girl is killed, New Iberia police detective Dave Robicheaux senses that the most likely suspect, Tee Bobby Hulin, is not the actual killer. Though a drug addict and general neer-do-well, Hulin just doesn’t fit the profile for this kind of crime. He’s a Cajun blues singer (one of his songs is titled “Jolie Blon’s Bounce”), and he’s been raised by his grandmother Ladice Hulin, a proud and strong-willed black woman.

But when there’s another, similar murder—this victim a drugged-out prostitute who happens to be the daughter of one of the local mafia bigwigs—the cries for an arrest become too loud to ignore. The mafia figure, however, prefers to take matters in his own hand and sets out to find—and punish—the killer himself. Once again, Tee Bobby Hulin seems the most likely suspect.

Added to the mix of characters on the good guy side of the balance sheet is Clete Purcel, a long-time buddy of Robicheaux’s and a confirmed boozer and womanizer. Coming to New Iberia for a visit, Clete is quickly drawn into the struggle between the various forces of evil in the town: Jimmy Dean Styles, a black man intent on maintaining his empire of corruption; Joe Zeroski, a trailer-park mafioso with palatial aspirations—and of course Legion Guidrey, the devil incarnate.

This title is due for release on June 1, 2002
We'll send you an email as soon as it is available!