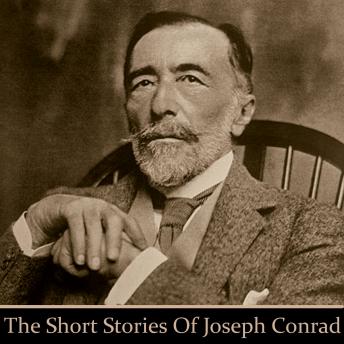 Joseph Conrad - An Introduction. Born in 1857 in Poland, Joseph Conrad became a British citizen just before he turned 30. In the intervening years he lost both parents; becoming an orphan at 11 being thereafter raised by an uncle, who at 16 let the boy go to Marseille where he began to work on merchant ships though at times it included stints gun running and the intrigue of political conspiracy.

At age 36 his life turned from one of ships to one of literary pursuit. Conrad brought to English Literature both a further layer of style and a deeper examination of the human psyche in a wealth of work. He wrote many novels, rightly regarded today, as some of the finest in English literature. Among their canon are Lord Jim, Nostromo, The Shadow Line and of course Heart Of Darkness.

For this volume we dwell among his numerous short stories and the heart of Joseph Conrad. These stories are read for you by Richard Mitchley.