Journal of a UFO Investigator: A Novel 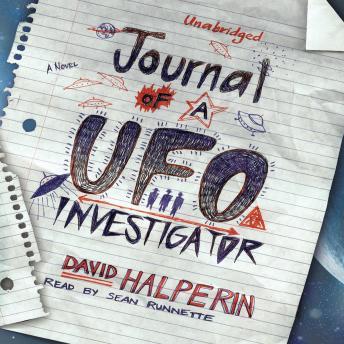 This sparkling debut novel, set against the backdrop of the troubled 1960s, is a coming-of-age story that weaves together a compelling psychological drama and vivid outer-space fantasy.
Danny Shapiro is an isolated teenager living with a dying mother, a hostile father, and no friends. To cope with these circumstances, Danny forges a reality of his own, which includes the sinister “Three Men in Black,” mysterious lake creatures with insect-like carapaces, a beautiful young seductress and thief, with whom Danny falls in love, and an alien-human love child who—if only Danny can keep her alive—will redeem the planet. Danny’s fictional world blends so seamlessly with his day-to-day life that profound questions about what is real and what is not, what is possible and what is imagined, begin to arise. As the hero in his alien landscape, he finds the strength to deal with his own life and to stand up to demons both real and imagined. Told with heart and intellect, Journal of a UFO Investigator calls to mind the works of Michael Chabon and Jonathan Lethem.

Journal of a UFO Investigator: A Novel