Journey Into Space The World In Peril Episode 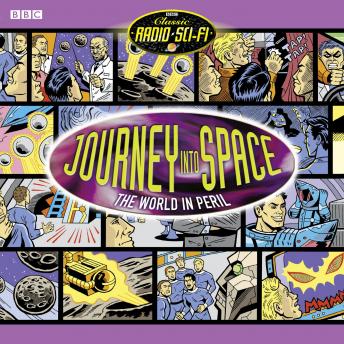 Charles Chilton’s classic radio sci-fi series Journey into Space thrilled listeners between 1953 and 1958, attracting almost eight million people to its gripping tale of the far future and the thrills of interstellar travel - the last radio programme in the UK to attract a bigger evening audience than television. In this concluding series Captain Jet Morgan, Doc Matthews, engineer Mitch Mitchell and radio operator Lemmy Barnet once more set out for Mars, but this time alone. Their orders - to discover all they can about the threatened Martian invasion of Britain. Jet and his comrades are stretched to their limits as they take on the awesome Martian power, and when they learn the astounding secret of the invasion plan, there is a race against time to warn a defenceless Earth... All twenty episodes of Series 3 are included here.

Journey Into Space The World In Peril Episode