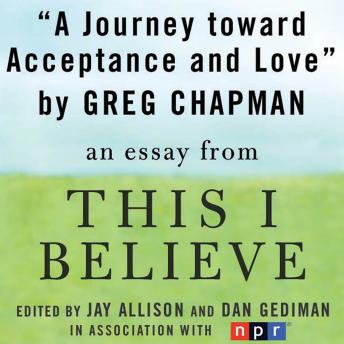 A Journey Toward Acceptance and Love: A 'This I Believe' Essay

Greg Chapman describes the power of crafting his own story as a gay man from a conservative Baptist background in 'A Journey Toward Acceptance and Love', his contribution to NPR’s This I Believe series.