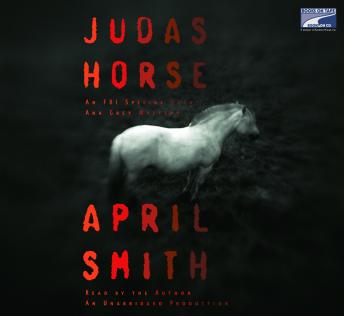 Maverick FBI Agent Ana Grey is back in a suspense-charged new novel, going undercover into the volatile core of a terrorist cell.

Emotionally vulnerable after a shooting incident, Ana has just returned to the job when she learns that a fellow agent has been murdered by a group of hard-core anarchists operating behind the façade of FAN (Free Animals Now). Dispatched to the FBI’s infamous undercover school to learn the art of deceit, Ana takes on the identity of a down-on-her-luck animal lover determined to save the wild mustangs of the West. Now she’s ready to work her way into the inner circle of Julius Emerson Phelps, the unstable, charismatic leader of a “family” of outcasts who live on an isolated farm in Oregon, and who are preparing an act of terrorism Phelps has dubbed “the Big One.”

The stakes increase significantly when Ana learns that Phelps is playing his own game of dangerous deception, and that he possesses a stockpile of dirty secrets about the Bureau sufficient to blow it sky-high. With razor-sharp realism, Smith renders the psychological vise of a deep-cover agent living a lie 24/7. Negotiating a minefield of loyalty and betrayal, under constant threat of discovery, Ana is forced to commit the very crime she’s determined to stop.