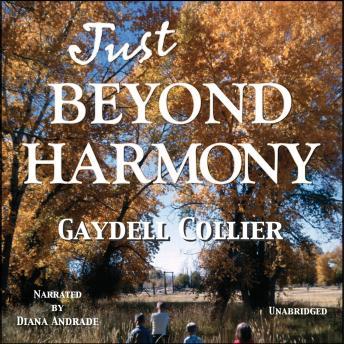 2012 CIPA Silver Medal for Audiobooks: Armed with idealistic visions of the West, Gaydell from Garden City, New York, and her husband, Roy of Hinsdale, Illinois, embark on The Grand Experiment during the 1960s: raising their four children in a primitive Wyoming log cabin built by early Swedish settlers without modern amenities, to teach the "youngsters" values and self-reliance. 50 years later, Gaydell chronicles her family's experience from unearthed diaries and letters she had written to her mother during the cabin years. She recalls the joy, dreams, humor, struggles and growth for the kids, Roy, and most of all, herself.

This title is due for release on January 20, 2012
We'll send you an email as soon as it is available!