Just Say No!: A Novel 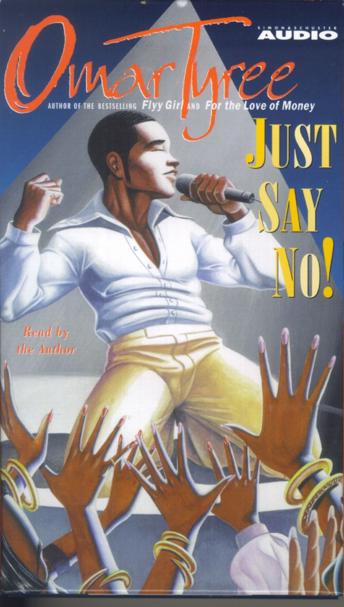 Omar Tyree, New York Times and Blackboard bestselling author and winner of the 2001 NAACP Image Award for literary fiction, delivers a powerful story of two childhood friends lured into the sex, drugs, money, and madness of R&B stardom.
Darin Harmon and John Williams, two good church boys from Charlotte, North Carolina, have been best friends forever. Both use their God-given talents to breeze through high school, and both are awarded scholarships to North Carolina A&T State University; Darin for foortball and John for music.
During their sophomore year, John, the introverted momma's boy, showcases his musical genius in a homecoming talent show that changes both their lives forever. John's romantic crooning earns him the nickname 'Loverboy'. As his R&B career begins, he asks Darin to tag along as his manager. Darin wants no part in the music scene and has big dreams of his own, but when he suffers a season-ending football injury, he hops on the 'Loverboy' bandwagon. The two set out to turn John into an R&B superstar. For Darin, dealing with John's rising fame proves a difficult challenge. The more the two adapt to the dangerous celebrity lifestyle of big-time money, fast women, and recreational drugs, the harder it gets for both to 'just say no!'
Just Say No! is destined to become another urban-American classic from Omar Tyree.

Just Say No!: A Novel